The recurring problem of Jesus and riots 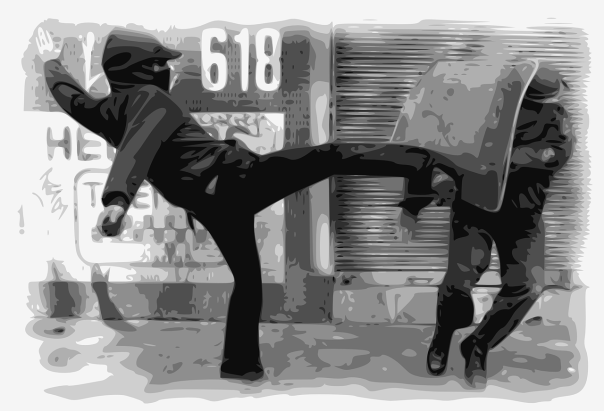 Have you ever noticed how much of an uproar Jesus seems to cause?  From the moment of his birth there have been convulsions in the kingdoms and communities where he shows up.

First it was Herod’s slaughter of the innocents.  Then it was his family who was convinced he was “out of his mind.”  Then it was the demons who fled one man and drove a large herd of pigs over a cliff.  It followed right up to the riotous crowd calling for Jesus’ crucifixion.  But it didn’t stop there.  The early church encountered riots and menacing crowds wherever the name of Jesus was proclaimed. (Read the book of Acts for a whirlwind account of the chaos.)

It continues to this day. I’m not talking about county clerks and media mayhem.  I’m talking about the riot that takes place in each human heart when we’re confronted with Jesus’ claim to be the real king of our lives.  Our desires, our habits, our appetites, our broken tendencies, our woundedness, our self-righteousness, our pride, and our ego all conspire together to riot.  “NOT GONNA HAPPEN, JESUS!” they cry out.

That’s why surrendering to Christ is such a challenge.  That’s why we resist yielding to the winsome call of the Holy Spirit.  There’s a riot going on in our own lives.  It’s all the fearful, prideful parts of us that make excuses, and dodge the real issues.

Jesus still causes riots.  Because he still threatens everything in us that longs to establish ourselves as little gods, as the ones in control, as the ones who make the rules.

But there’s nothing to fear.  Our loving heavenly father isn’t interested in controlling us, but in unleashing us to authentic humanity.  He longs to free us from the shackles of pride, fear, and brokenness.

Is there a “Jesus riot” going on in your life right now?

P.S. We’re kicking off a new fall series, “Press On” this weekend.  Philippians 3:12, I press on to take hold of that for which Christ Jesus took hold of me.

Posted on September 10, 2015, in Uncategorized. Bookmark the permalink. Leave a comment.