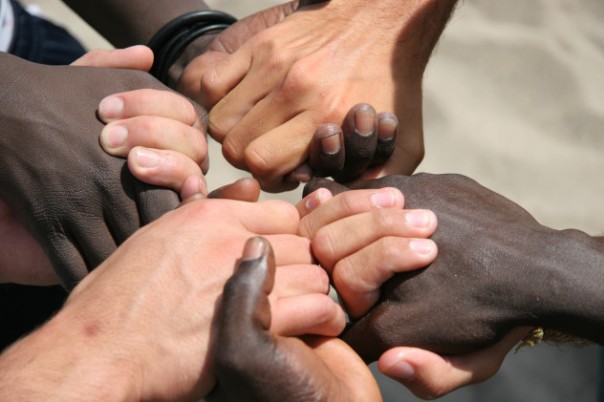 I traffic in words, but there are many who speak better than I do.  Here’s an excellent statement regarding the churches in the DC region and the conversation about race, racism, and bigotry that has embroiled our nation.  Couldn’t have said it better.[Note: this was intended for pastors to read and affirm, but I think it’s useful for all of us.]

WE AFFIRM that every human being is created in the image of God, and therefore carries the inherent value and dignity of God’s design. We affirm that the variety of human cultures on earth is a beautiful expression of God’s love for diversity. We affirm that Jesus Christ was crucified and resurrected not only to offer humankind the gift of eternal life, but also to shatter every division—social, political, economic, or racial—which would separate us. We affirm that God’s consummated Kingdom will be a place of rich diversity and cultural expression.  We affirm that the church is called to be a community that reflects that present and future Kingdom.

WE REJECT the ideology of white supremacy, including antisemitism, as an unqualified evil, a denunciation of the gospel, and a heresy which wars against God’s design for human culture and creation. We reject the notion that white people, or any collection of humans of any culture, are superior to any other. We reject any ideology that seeks to erect or maintain divisions that God has torn down through Jesus Christ. We reject the efforts to place the good of one race or one nation above the good of all, for God desires all people to be saved and come to a knowledge of the truth.

WE REPENT because the church has been complicit in the sins of racism, either through the defense of slavery, segregation, and discrimination, or through passive silence and inactivity. We repent because Christians have played a major role in helping create the segregation and racial injustice that we see in our city and nation today.  We repent of our own racism, fear, and hatred, both conscious and unconscious. We repent of our reluctance to be agents of healing and reconciliation in our churches, in our city and in our nation.

Finally, WE RESOLVE to pursue Jesus Christ’s perfect standard of equality, justice, and love in our churches, region, and country.

Couldn’t have said it better.  Let’s continue to pray and work for the kind of community that Jesus envisioned.

Posted on August 25, 2017, in Uncategorized. Bookmark the permalink. 2 Comments.