← When Halloween candy turns into meat
Dying in comfort →

They said it couldn’t be done 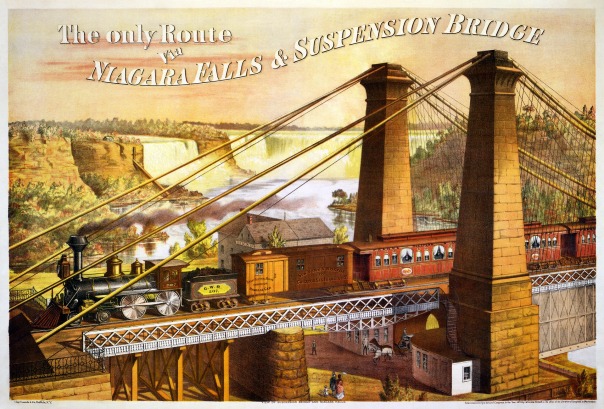 The challenge was to build a railroad bridge across the great Niagara Gorge.  “It can’t be done!”  In 1851, James Roebling thought otherwise.

Despite overwhelming challenges (like an 850 foot span over a 200 foot drop off), and despite being labeled as “out of his mind,” in just four years Roebling accomplished what was thought impossible.  His bridge supported the weight of a fully loaded locomotive pulling freight and passengers.

It started with a kite string.

When we think about building bridges to those around us, perhaps even those who are different than us, or those whom we have learned not to trust, it often starts with a kite string.

What seems like an unbridgeable gorge between people can be crossed if we’re willing to start with a kite.  Flying kites is not hard.  Neither are the ideas above.

Some are saying it can’t be done. That we can’t build bridges to the “other.”  And yet the story of the gospel is exactly that: a story of God building a bridge to us.  (If you missed last Sunday, check out the message here.)

Roebling believed it could be done.  Jesus proved it can be done.

It’s our turn.  Be sure to join us this weekend for “Building Bridges to the Stranger.”

Posted on November 3, 2017, in Uncategorized. Bookmark the permalink. 1 Comment.

← When Halloween candy turns into meat
Dying in comfort →