Instead of cursing, try this 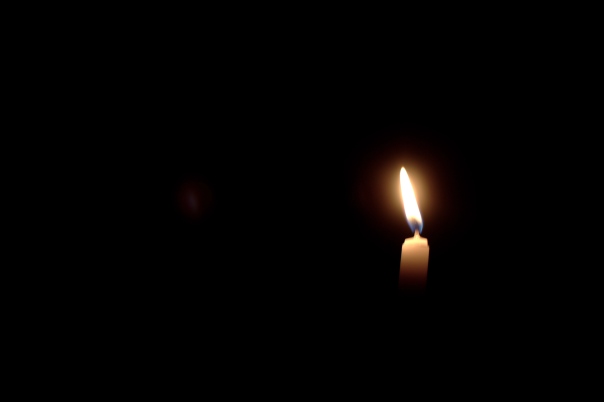 I can barely stand to listen to the news these days.  It’s all about mudslinging and scandalous comments and criminal behavior on the part of candidates and their supporters.  Ugh!  It’s tempting to “curse the darkness” that seems to surround us.

But as the saying goes, “are you going to curse the darkness, or light a candle?”  Are those depressing stories really the total of what’s happening today?  I would argue they are not.  Here’s one powerful example.  Allow me to “light a candle.”

A friend of mine described what happened recently in his comfortable DC suburb.  There was one solitary home in the neighborhood with a Clinton sign posted in their front yard, and another solitary home with a Trump sign in THEIR yard.  One morning the neighbors awoke to discover that vandals had struck the home with the Trump sign.  They sprayed obscenities on the Trump sign, and defaced the American flag that was displayed in the yard.

My friend said that he and his wife took a replacement flag to their neighbors…a flag they had personally received as a special gift from a Defense Department official.  But the obscenity laced sign remained.  So they inquired, “why don’t you get a new sign…that one’s got vulgar profanity all over it?”  They were told that Trump signs were actually very hard to come by.

So my friend’s wife went to a Trump rally, and purchased a new sign.  Then she gave it to the neighbors to replace theirs.  She went above and beyond to help restore their neighbors.

Here’s why this is a story that should be told.  My friend is the former president of the Islamic Society of North America, a 2009 recipient of the Washingtonian of the Year award, a Sudanese born American, and the imam of the third largest mosque in North America.  What’s more, his wife is African American.  Why would these people go to such lengths to assist their Trump-supporting neighbor?  It doesn’t fit the images in our minds!  If you were to listen to the darkness around us, you would probably imagine they’d be delighted that this sign was defaced.

Which is exactly my point.  This is a story that SHOULD be told!  Instead, we’re subjected to more hate-speech, more innuendos, and more caustic sound bites.  And the picture we’re “supposed” to see is that this is the state of our country and our fellow citizens.

So I’m doing this little part to get the rest of the story out.  Will you join me?  Share your alternate stories below.  Let’s shed some light into this dark picture we’re being spoon-fed.

Jesus’ followers are, after all, called to be the light of the world.  This isn’t a bad way to start.

Posted on October 27, 2016, in Uncategorized. Bookmark the permalink. Leave a comment.